What is an Emu? 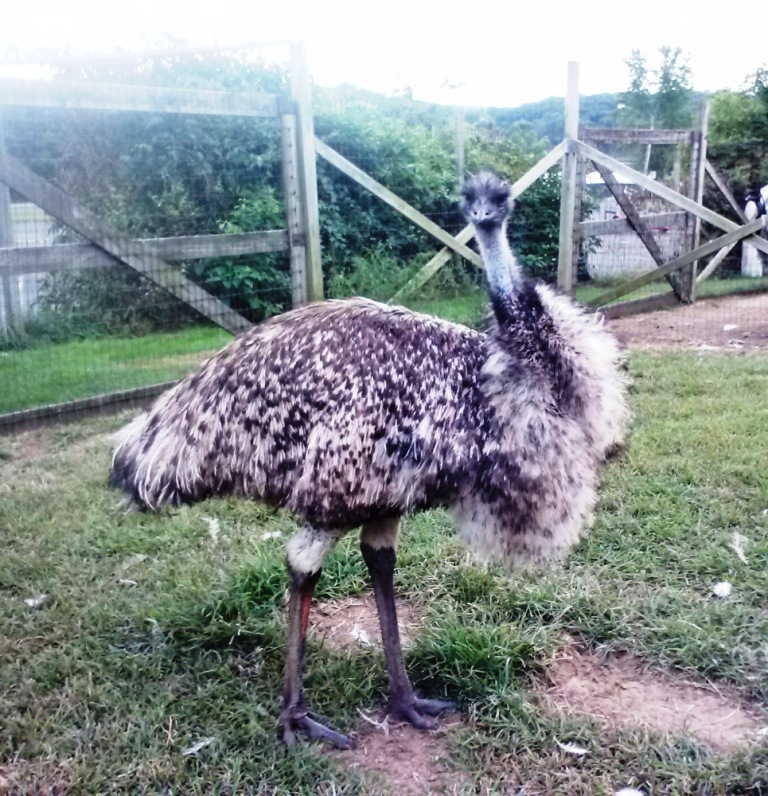 The Emu Is A Prehistoric Bird

Emus have roamed the Australian outback for over 80 million years. They are members of the ratite family, along with ostrich, rhea, cassowary and kiwi. Emu grow to be 5-6 feet tall and 120-150 pounds when mature; developing a 3-4 inch saddle of fat along their backs to protect them from the harsh desert environment.

All ratites have flat breast bones (no keel) and no wing muscles so they cannot fly; but have instead developed strong legs for running. An emu can run 40 miles per hour for short distances. While naturally docile and curious emu are able to use their legs which are equipped with three-toed dinosaur like feet for defense. Emu have three main calls, a throbbing drum (by the female), a grunt (by the male) and a whistle (by the chick).

Aboriginal people of Australia used the emu meat and eggs as a source of food; leather for clothing; feathers for ornamentation; bones for weapons and tools; and oil for healing and skin protection against the harsh elements of the Australian bush. The emu was tightly woven into their physical sustenance, spirituality and mythology.

What do Emu Eat?

Emu are omnivorous. In the wild they eat fruits, flowers, insects, seeds and green vegetation; they also love caterpillars, mice and lizards. To aid in their digestive process, they will swallow stones. On our farm we fed them a specially formulated grain pellet containing numerous natural supplements to optimize health.

When Do Emu Lay Eggs?

The emu breeding season is dictated by the shorter days of the cooler Australian outback winter. First the male scoops out a shallow nest. The female lays an egg in the nest which the male will cover with leaves and grass. 3-4 days later she will lay another egg and repeat this until there are 8-10 eggs in the nest. At that time the male will sit. The female may then find a second mate to start a second clutch. A hen can be productive for 20 years, laying between 20 and 50 eggs a year. 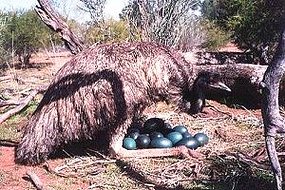 The male will incubate the eggs for 52 to 54 days. During that time he will rotate the eggs frequently, not leaving the nest to eat or drink. When the ggs hatch, the first thing he does is eat the eggshell to jump-start his digestive system. Then he needs to find food and water for himself. The chicks have been known to walk 20 miles during their first few days following the male. The rooster will watch over the chicks until they are grown.

On our farm (Songline Emu Farm, Gill MA) the emu stayed with their genetic breeding patterns even in our harsh New England winters. The hens would begin to lay just before Christmas and continue through Easter; laying an egg regularly every 3 -4 days. We would collect the eggs and store them at 45 degrees to inhibit incubation. When we had 12 -15 eggs we would place them, as a batch, in a computerized incubator closely regulating temperature and humidity for 50 days. By doing this we could hatch groups of chicks together.

When it's time to hatch the chicks take about 24 hours to break out of their shells. This struggle closes down the web-like blood supply extending throughout the eggshell inner lining. This blood supply exchanges oxygen and carbon dioxide through the shell while the embryo grows. The struggle also assists in absorption of the yolk-sac internally through the chick's belly button. 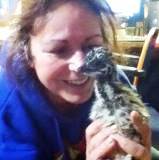 During their first 4 days of life outside the shell the chick does not need to eat or drink until they have fully metabolize the yolk-sac. Emu chicks are cream colored with brown and tan stripes. By the time they are six months old, they will have lost the stripes in favor of a solid chocolate brown color. By 1 year of age they will carry the lighter vary-colored feathers of the adults.